Fire in the Ground 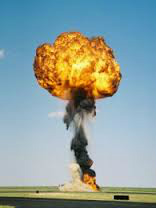 Quote. ‘Truth is ever to be found in the simplicity, and not in the multiplicity and confusion of things.’

Just touching some aspects of the nuclear energy spectrum we have a paradox of good with the ability to aid in the fields of healing as in MRI’s looking into every crevice of our bodies, or via X-Rays or Ultrasounds, it is a valuable tool.

... but there are still the toxic waste issues which have to be solved even here.

A great reminder of it's potency is what the Australian Aboriginal Folk said about Uranium.

That the ‘Fire in the ground should not be disturbed.’

Now we are trying to bury it back in, or find ways to absorb it!

Does their own story-telling, stem from another time of havoc on the Earth?  Where did their knowledge come from of what this really was as 'the fire in the ground' ?

Today this nuclear radioactive waste problem lies anywhere on earth... where-ever it has been. Since testing began in the atmosphere, right through to lost waste in sunken submarines off shore-lines. Whether test sites or threats of accidents from power plants for praceful purposes, facts remian

... that the potential of it's danger to humanity outweighs the knowledge of it's full usage. And proof lies buried deep in salt pits, or bedrock - called safety zones - with the need for an electronic eye to be on surveillance 24/7 for any leakage in case any containers that hold this heavy deadly toxic waste should escape.

To date this can only be dealt with to see into the next 100 years, because it’s lifespan ranges between 10,000 and 1,000,000 years, and this leaves long term research into radioactive waste a permanent concern. How many generations of our children's life-span is that?

Anything 'alive' - locked and sealed – is like a living ferment stewing in it’s own energies. It creates a pressure-cooker-effect which can eventually blow it’s top.

... and sadly it isn’t always the loudest bang which carries the deadliest blast, but the silent seepage which creeps through the whole earth and it’s atmosphere.

Surely we can begin 'not to disturb the fire in the ground’? There’s enough unleashed harmful waste to work with - to get it right - plus still learn of it’s more beneficial, safe and far more efficient energy than we have even begun to know still found within this cocktail we term it's waste.

Any Element once fully understood before released, can be used for good, as within this radio-active waste there is found the very foundation of it’s full and safe potential. Everything in life and nature, the earth and the cosmos, has its positive good aspect, of which there are always negatives attached. Yet, negatives are only opposites, and need one another for both to be of worth, even as a nut is useless without a bolt.

We live in a time where there is no shortage of nuclear usage, but the search is still on as to what really to do with the radioactive waste. If nuclear weapons or power houses can be created, all its transitional elements can be utilised safely, not just moved on, as in spent Uranium, or yellow cakes.

Any proposal of using nuclear energy can only honestly be feasible when we realise the only answer to this specific waste is through a precise altered state where even more safe energy is found within the very waste that is feared. Like the Uranium, there is a recipe for every cake!

This waste is not trash!

Only we humans have used it for harm, and it has returned to harm us. But we can return too and relearn for the good of all, and as humans know, that to waste this already very active energy is pure and utter wastefulness.

We overlook the simple with too many complications, and confound the very atoms themselves!

A great example of a mind set, is the rapidness of how it’s overriding influence can travel at the speed of fear. From an atomic idea and the chain-reaction it has had on the world – from not that long ago as to where it is now - it is summed up in a nutshell by a great American Scientist and Astronomer.

" Every thinking person fears nuclear war, and every technological nation, plans for it. Everyone knows it’s madness, and every country has …an excuse. There’s a dreary chain of causality. The German’s were working on the bomb at the beginning of World War 11, so the Americans had to make one first. If the Americans had one, the Russians had to have one, then the British, French, the Chinese, the Indians, and the Pakistanis. Many nations collected these weapons; they’re easy to make. You can steal fissionable material for nuclear reactors. Nuclear weapons have almost become a home hand-craft home industry."

There are many ways to come to terms with truth. Facing it is one way. It might just be a whole new beginning to realising just how little we know, and how much we thought we did. In essence, we truly only begin to learn when we realise we know nothing. 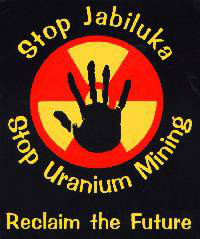 Nor could an ancient people with a 40,000 year history make such a statement or stand against mining Uranium without knowledge of what it could do... 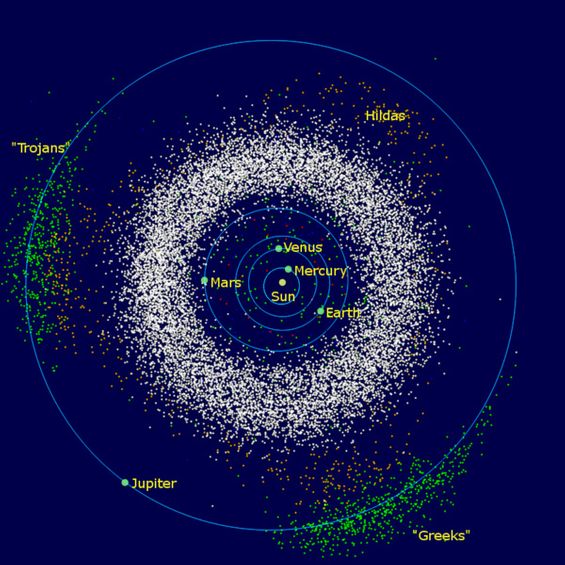 Fragments from Text and Rock 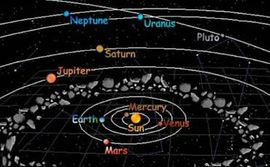 Lets just look at some fragments taken from from sacred text... of a time when the Earth was so totally shaken when what was once a planet in the 5th orbit became the Asteroid Belt.

We know this appears as a 'narrow belt' of rock to look at, and spells devistation...  and we know folk still wonder...

">>> How art thou fallen from heaven, O Lucifer, son of the morning! how art thou cut down to the ground, which didst weaken the nations!

They that see thee shall narrowly look upon thee, and consider thee, saying, Is this the man that made the earth to tremble, that did shake kingdoms; that made the world as a wilderness, and destroyed the cities thereof; that opened not the house of his prisoners?

All the kings of the nations, even all of them, lie in glory, every one in his own house. But thou art cast out of thy grave like an abominable branch, and as the raiment of those that are slain, thrust through with a sword, that go down to the stones of the pit; as a carcase trodden under feet.

Thou shalt not be joined with them in burial, because thou hast destroyed thy land, and slain thy people: the seed of evildoers shall never be renowned. Prepare slaughter for his children for the iniquity of their fathers; that they do not rise, nor possess the land,nor fill the face of the world with cities. " <<<

What a hell of an ending.

Despite it was a proverb - a tuth filled statement - used at the time against the king of Babylon... the facts remain, an ancient Mesopotamia god Marduk, Maldek, Lucifer, by whatever connective name was used, remained reprosentive of many who arrived on Earth. History is only Myth when it cannot be deciphered or believed.

Accoring to the Hebrew term...

>>> The Nephilim were on the earth in those days, and also afterward, when the sons of God came in to the daughters of men, and they bore children to them. Those were the mighty men who were of old, men of renown. <<<

Just as Earth is a member of our body Solar System, there was a time the 'abominable branch' - cut themselves off... destroyed their home planet... slaughtered it's people... and has never been inhabited again as 'never joined in burial',  but remains  'stones of the pit' of space to this day.

It happened by utilising the sun's thermonuclear radiation energy as a laser aimed at the planet Mars - the war-god-man - by the rogue planet - Maldek, the one called Lucifer the man - who became the Asteroid Belt...  and ever since, Lucifer, that star which shone brighter than we know Venus does today in the morning sky, was extinguished.

It was a time when Earth's neighbors - Mars. and Venus - suffered catastrophic devastation of global proportions because of where they were positioned in their given orbits, and the Earth truly did tremble and was left a scarred wilderness.

A time when humans left a footprint in history which could in no way be denied, and yet would prefer to be ignored by minds who would close off  'that history' as only supernatural religious connotations, or fictitious rot.

There is nothing more closed than a mind which refuses to see anything beyond it's own space.  Nor is there a human being's seed which did not originate in the beginning from before Earth was populated.

Time will tell...  where no ears can hear.

And Another Time... on Planet Earth 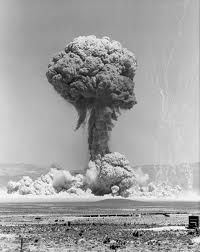 ©® Google Image "... 'he saw dense smoke rising from the land, like smoke from a furnace. "

" Early the next morning Abraham got up and returned to the place where he had stood before the Lord. He looked down toward Sodom and Gomorrah, toward all the land of the plain, and he saw dense smoke rising from the land, like smoke from a furnace. "